The The Expansive and Proximate Scales of Immersive Media

The term immersive is often used in relation to contemporary visual media, but the exact parameters of immersion can be ambiguous. In this article, I will explore what immersion means in terms of technological envelopment and, in particular, how this envelopment operates at a range of distances between observer and media surface. As I argue, immersive media can operate in two ways. The first is expansive, with immersion occurring through the creation of an extensive surrounding space into which the user is placed. The second is proximate, with intense closeness allowing for smaller media objects and apparatuses to overtake the visual field. An investigation into these seemingly alternate scales reveals their connections and overlap, and demonstrates the surprising importance of the proximate in immersive visual media. 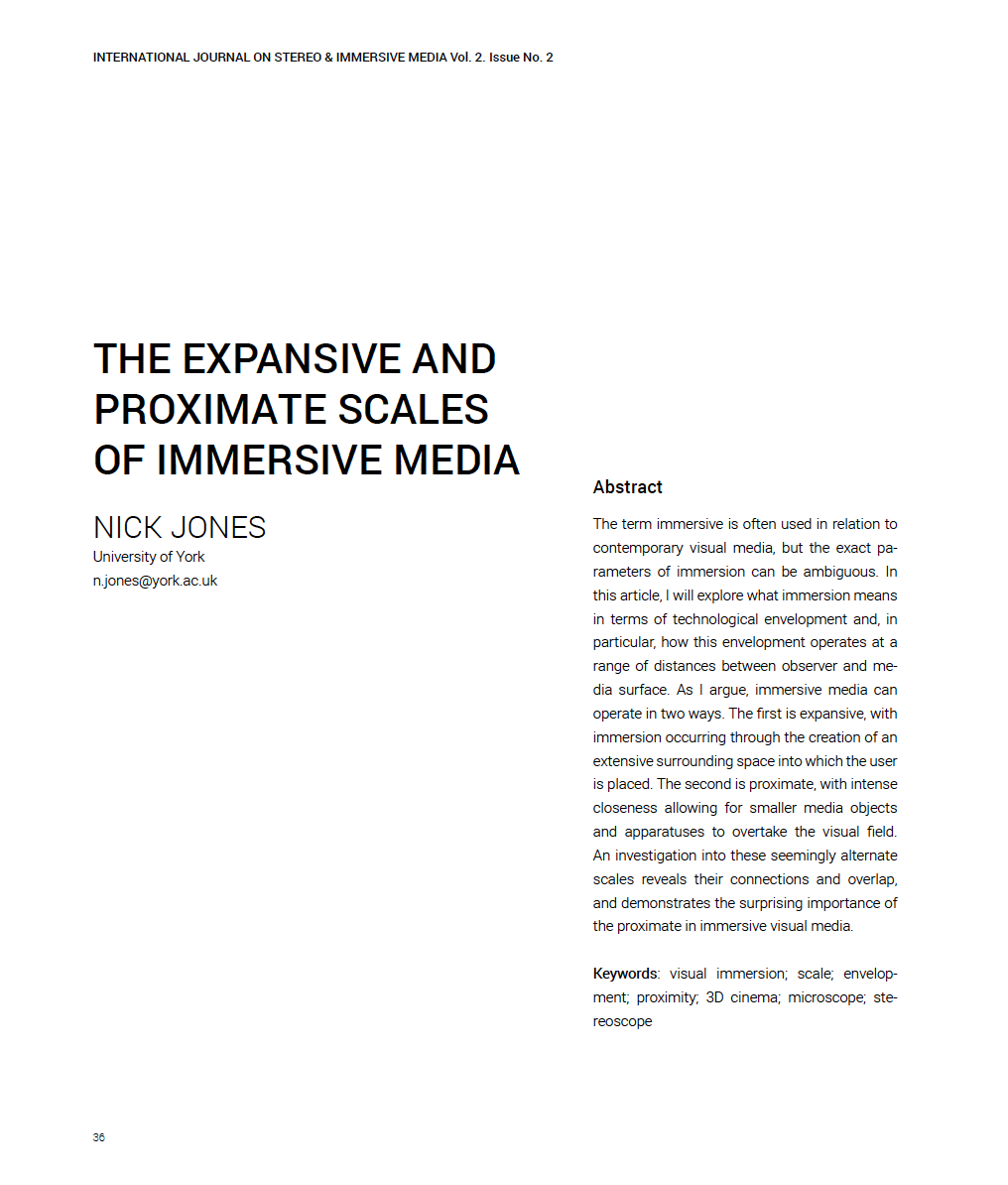