The cabinet of Mariano Júdez y Ortiz (1856-1874) in Saragossa was one of the most important photographic studios in Spain of the time. His production was not limited, as in most contemporary cabinets, to exploiting the profitable fashion of the portrait in the «carte de visite» format. He also ventured in with his heavy photographic equipment and his portable laboratory out of the comfort and security of his cabinet to photograph an urban series of views of Saragossa city (ca. 1860) and the natural landscape (waterfalls and gardens) of the disentailed Monasterio de Piedra (1866-1871), also in the same province.

The analysis of the works made from his stereoscopic camera will serve to disprove an affirmation that has already been converted into being common place among historians of photography about the presence in most of the first cabinets of multi-objective cameras (4, 6, 8 lenses etc.) as those used by Disdéri for the realization of a series of portraits in CDV format. As the works of Júdez demonstrate, one of the great virtues of the stereoscopic camera was its versatility. Through its use, it was possible not only to create stereoscopic views, but it was also used to make two consecutive portrait shots in CDV format on the same plate. 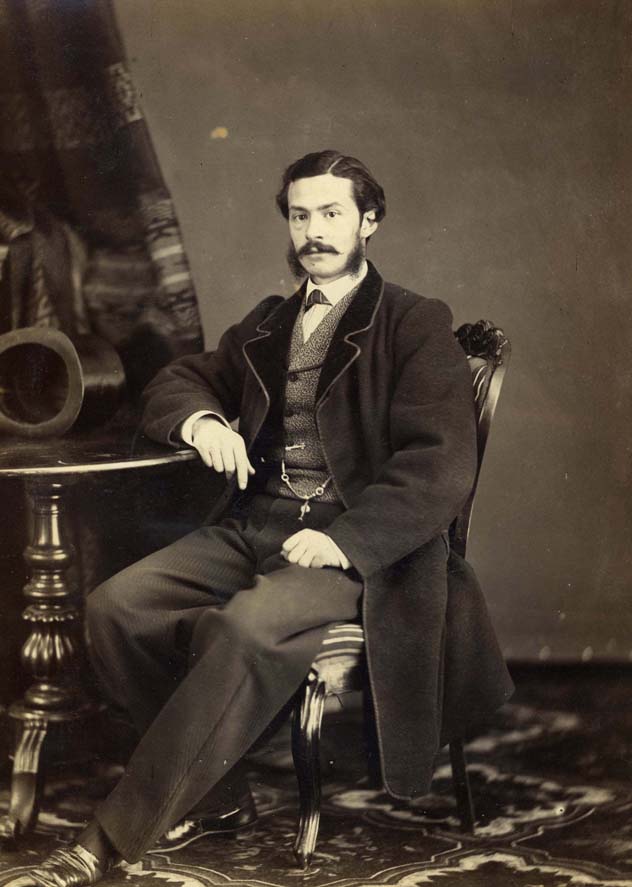