The Cinema of Extractions: Film as Infrastructure for (Artistic?) Research

In contemporary discussions of film and artistic research, the historical undercurrent of film as an intense research and development activity, does not seem to be widely discussed. In contrast, film history and media archaeology has since long re-evaluated the status of early moving image technologies, which do not any longer denote pre-cinematic curiosities that simply predate the institution of cinema and its narrative forms but is rather seen as containing socio-technical trajectories and aesthetic regimes that can be studied in their own right. This essay performs a further modulation of the legacies of film history, one in which moving image technology is not seen as primarily a vehicle for film as cinema, but a continuously evolving technological and aesthetic infrastructure for film as research. This then becomes the starting point from which to reflect on artistic research in film, which today is being institutionalized as a form of practice-based research, arguably with the risk of loosing sight of an already long-established tradition of film, not only as research but also as artistic research.

With the aid of an accompanying desktop video essay, the article speculates on the changing contexts of film as research visà-vis film as artistic research, from early cinema and its connection to scientific discoveries and the advanced data-analysis of today’s streaming platforms. Inspired by “The New Film History” and Tom Gunning’s influential notion of “The Cinema of Attractions” which revised the view on early cinema and the development of a filmic avant-garde, the presentation eventually focuses on artistic responses to the contemporary “Cinema of Extractions”, as a datafied infrastructure that now conditions what is knowable and sayable through the moving image. 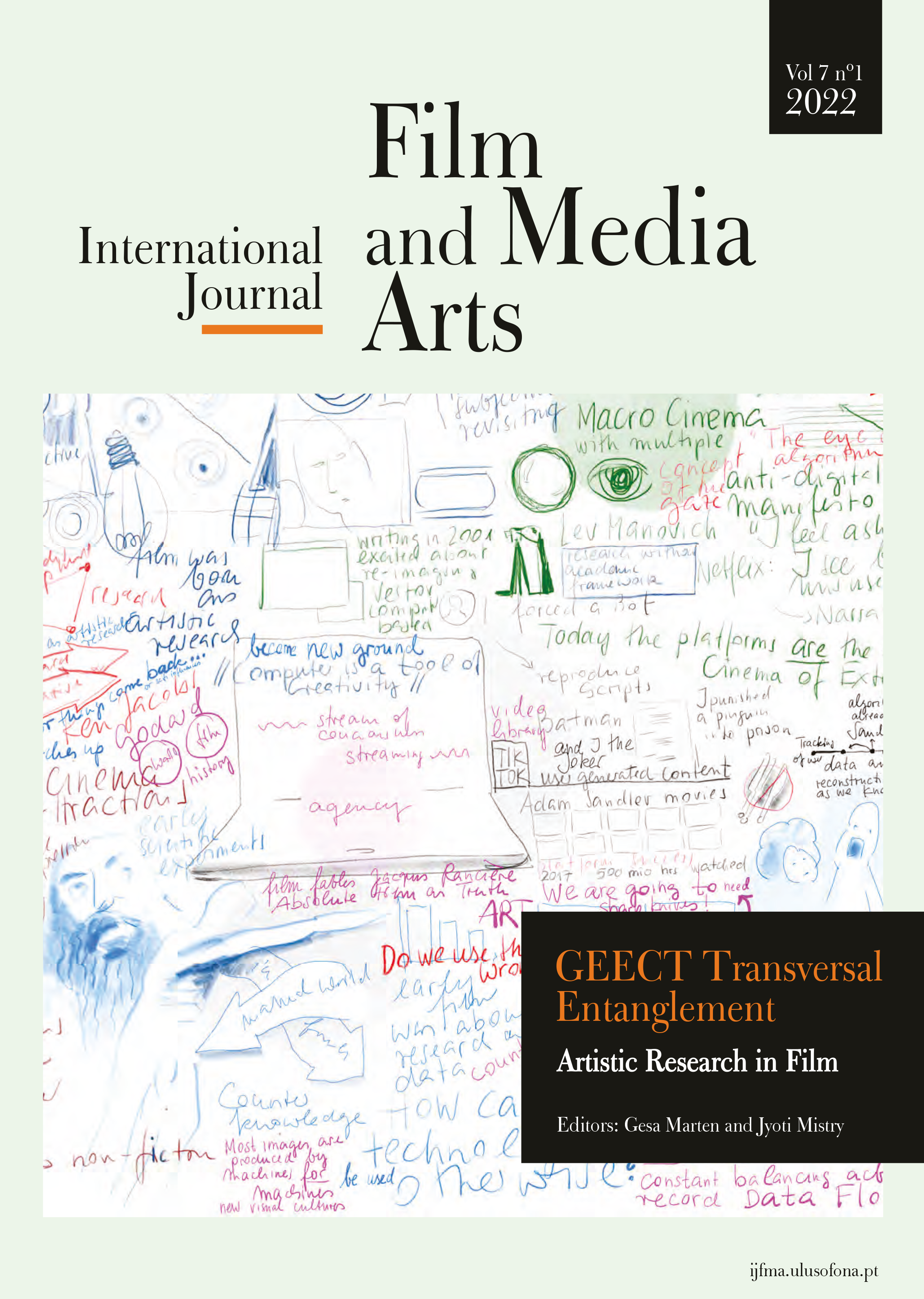