Hitting Where It Hurts: Absurdity as an Artistic Method

This article frames absurdity as an artistic method related to the context of an artwork’s making. The artworks introduced here are (very broadly) situated at the interface between animation and documentary. Their absurdity is not a matter of their content, but is deeply inscribed in the process of their making. Though they do not explicitly address political questions, they strike at the heart of given power systems or established hierarchies and thus hit where it hurts. “Make it absurd!” is a way of transgressing standards and norms and thus undermining established power relations. The article offers close-readings of a small number of contemporary artworks that can be apprehended as stimulating examples of how absurdity as a method deploys its critical potential. As the examples demonstrate, disrupting a given context can be achieved in many ways: By “inflating” formal devices in order to subvert typical elements of televisual language from inside-out (House by Andy Birtwistle, Great Britain 2013); by rendering a source text (and not just any text!) literally unreadable by investing an enormous amount of time to its dismantling (‘On the Road’ by Jack Kerouac by Jorge Lorenzo, Mexico 2013); by hijacking a male masterpiece and placing the “copy” as well as the female appropriator at the same level as the “master” (A Movie by Jen Proctor by Jen Proctor, USA 2010); by demonstrating that the technique of animation itself bears the mark of the absurd (Anna Vasof’s series of works, gathered under the headings of Non-stop Stop-motion and Muybridge’s Disobedient Horses, Austria, 2017–); and finally, via a method called “slapstick avant-garde,” by launching an attack on purist self-restraint (Dont Know What by Thomas Renoldner, Austria 2019). 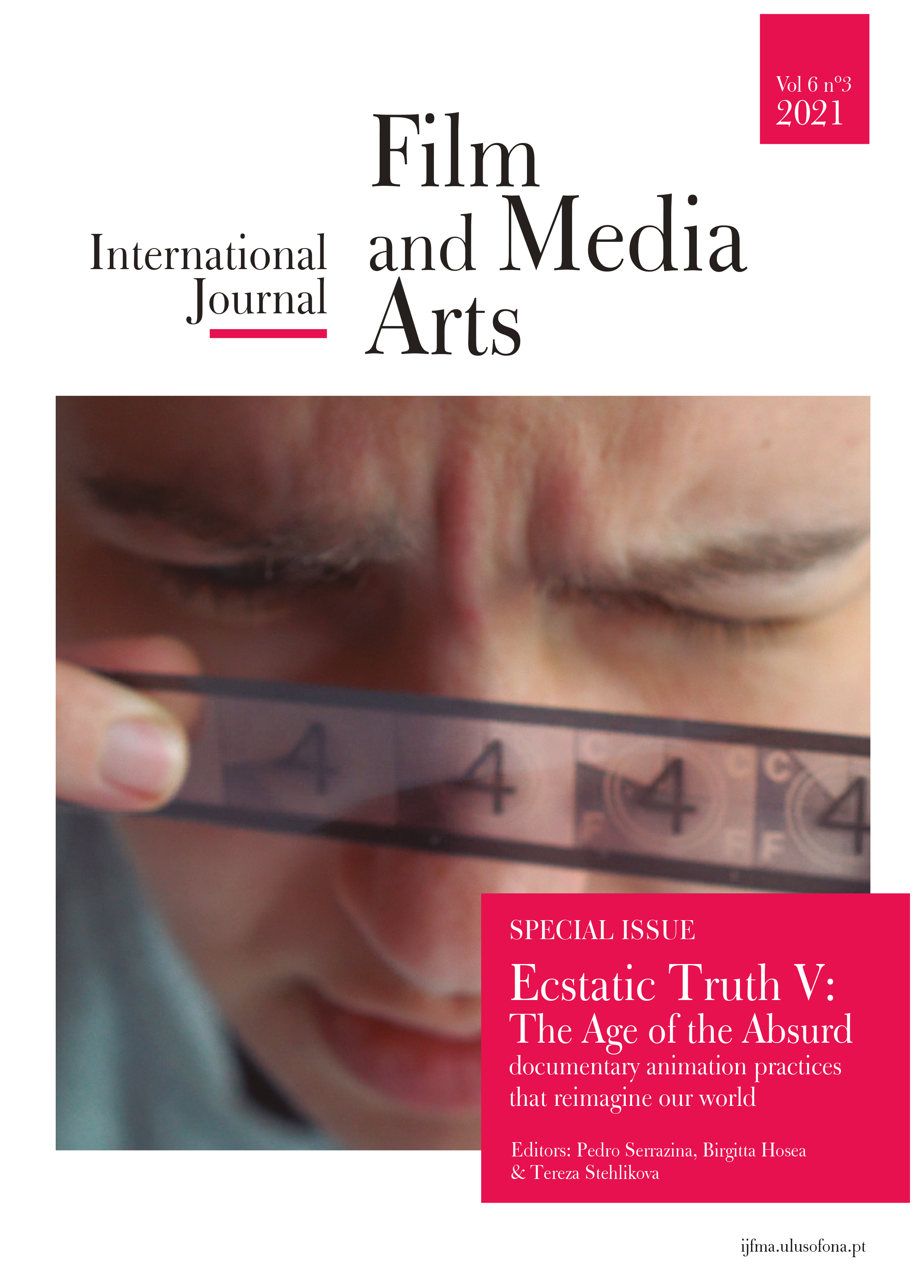